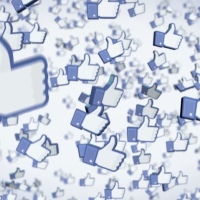 Recommended from other Blogs

“Lookin’ for Love” in all the wrong places, was recorded by American country singer Johnny Lee in 1980. The song quickly rose to the top of the music charts because it resonated one of our most basic human desires, to be loved by someone. Along with love we want to be liked by people. So much of our energy is spent doing things we hope will win the approval of others. Social Media platforms have risen to prominence in our day largely because they provide an easy way for us to be liked and approved of by others.

Social Media’s top priority is to keep us plugged in. This is baked into it’s design and inner workings. Complex algorithms run behind it’s back lit surface, calculating ways to increase our exposure to the advertisements that continuously flash before our eyes. The success or failure of any Social Media platform, depends on keeping people engaged and clicking. If you unplug, one “battery” that keeps their profits flowing is lost. We are in fact, the “Energizer Bunnies” of the media apparatus we consume.

Because of this desire to be liked, we will post just about anything to get noticed. From the cute to the outrageous, our intent and hope is that someone who we call our “friend”, will provide the attention we seek. We are looking for others to validate how we portray ourselves. We push them to agree with our take on the World. Much of the time, what we post is not really who we are or what we truly think. For this reason, Social Media is largely a virtual collective of the delusional. A land that values sensationalism over substance and silliness over sincerity. It is a sad thing to get trapped in such a web.

Just one minute, Social Media isn’t all bad!…you say. This is true, there are wonderfully uplifting, and wholesome aspects to almost all of our Social Media outlets. They can and do, shed light on suffering, motivate change, and prompt believers to prayer. They often highlight joy in our experiences, family, and spiritual lives. Social Media can uplift our faith by bringing Christians together in common and worthy causes. All these things work together to impact the world in a positive way. However, even all the good things that Social Media provides can end up being to much for us to be consuming. As with any activity, there should be careful moderation of the time spent in front of our screens of media. Are we letting other good things fall by the wayside that shouldn’t? Like seeking to be approved by the only one that matters, our Father in Heaven.

The slow scroll of death

Neil Postman wrote a book called Amusing Ourselves to Death – Public Discourse in the Age of Show Business, published in 1985. This book is a secular look about how TV and other mass media are negatively shaping the culture in which we live. The book came out well before the Social Media empires of our day, but prophetically predicted many of the negative effects we see now in Social Media.

The forward to Postman’s book summarizes the danger of Mass Media.. it applies even more today, with Social Media…

While Postman lamented on the slow march of amusement as our culture’s primary motivator and method of discourse, people of faith who initially joined the warning cry, eventually started to embrace the media movement. Instead of prompting renewed focus and commitment to spiritual things, believers began to concern ourselves more with the next episode of our favorite show on TV or latest movie, rather than our family’s spiritual health. We started to organized our spiritual lives around our entertainment to the point of bringing the entertainment into the church service as well. After all, as the saying goes, all the world is a stage. In so doing, we set the stage for the next generation to be overtaken by the Information Age.

People have always sought to escape the effects of sin. Our “escape” is attempted in different ways depending on our available distractions. This has been so since Man first fell from God’s standard. Life under the curse of sin is not fun, and we live with an awareness that this life will end one day. That truth pushes all people, before finding peace in Christ, to desperately seek out ways to escape the reality of the toils of life, as well as the numbing certainty of death.

Reality, however utopian, is something from which people feel the need of taking pretty frequent holidays.

One of the most popular ways our current generation distracts itself is through Social Media. We spend hours scrolling through vast amounts of information. Most of this information are examples of selfishness, unkindness, or plain evil. Genuine love is mocked, sexuality is praised, goodness is trampled. As with all things unholy, if consumed there are negative consequences to follow. Eventually, there will be a spiritual price paid.

Believers, do not make a mistake thinking you are immune from the consequences of getting stuck in the trap that is Social Media.. We Christians like our media and the escapism it provides just as much as the next guy. We will readily sacrifice the peace we can have in Christ for the temporary gratifications of these virtual time wasters. This is avoidable. Read on!

meditating on what is good

This verse in Philippians has become my family’s theme verse. The World does not care so much for the pursuits listed in it. No one truly will care for these things before coming to Christ in faith. A heart without Christ inclines it’s eye and ear toward evil, keeping the truth of life far away so as to remain numb. A heart of faith however, indwelled by the Holy Spirit, inclines itself toward what is good and praiseworthy. So as a family or an individual of Faith, there can be success in living out this verse. Success depends on the Sprit of God in us. We get stronger spiritually the more we fill ourselves with the Word of God. Our exposure to the evils that permeate this World is constant. Likewise, growing in Christ requires an equally consistent exposure to God’s Word. Without Christ and the Holy Spirit, speaking though The Word, our exposure to the World will always lead inevitably and often tragically, back to the mire from which we were saved.

We are in the World…there is no way to completely isolate from it. We foolishly think it is enough to avoid worldly things. The Bible tells us to be sober, act with care, avoid evil things, but most importantly we must LEARN God’s truth. This is what the verse says…meditate on these things!

Be careful little eyes, what you see, be careful little ears what you hear…goes the children’s bible song. The power of images and words should not be underestimated. I still see things my parents let me watch when I was a child and hear the things uttered from sinful hearts. Our minds are scared with by these things. If set the bar of what is acceptable for our eyes and ears on sinful things, how can our walk with God not be stagnated? The Bible is clear that what we allow through our eyes and ears matter very much.

Make plans that are intentional to keep your eyes and ears pure before God. Fill your heart with the good treasure of God’s Word. Attend a church body that makes the study of the Bible a priority. Fellowship with believers who believe in growing in Christ. Reach out to bothers and sisters who need encouragement to make time for God.

Finding joy in all that is good and meditating on it, begins new every morning. Some days may be ones of stumbling, a struggle just to get through. Be encouraged with the Word and with the Holy Spirit. They will guide us. A great peace is the reward of God’s work in us. God will be bless us with eyes that see and ears that hear.

Christ, explained to the disciples that they were in a unique position that would have been the envy of the prophets. What they were understanding was hidden from the religious leaders of their day. Likewise, we are in a unique position today, for we know the beginning and the end of the World’s story! We can see both the prophesy and the fulfillment of God’s plan for us in Christ, written out plainly for us to read and understand, and LIVE! Now, go and scroll no more…or if you do, be sure it is your Bible App and not Facebook. Seek the BIG thumbs up from God, which is the only like we need. Blessings!

View all posts by John Sneed